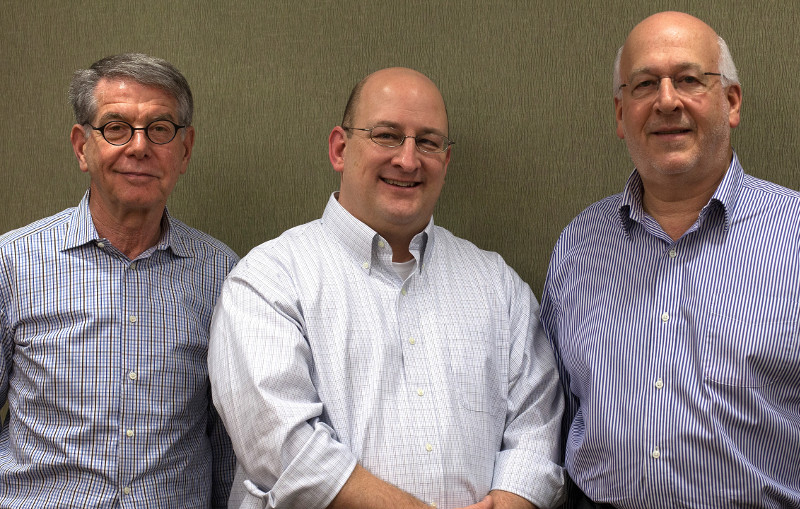 Earlier this year, we announced our merger with System 7 and The Boston Shade Company (the latter is a division of System 7).

We’ve invited System 7 president Gerard Lynch to answer questions regarding his companies, including how he envisions working with Wolfers Lighting.

It’s time for the 60-second elevator pitch. What does System 7 do?

GERARD LYNCH: System 7 is a systems integrator (sometimes referred to as a residential systems integrator). What does that mean? It means we work with all things electronic. It starts with a home network, wired and wireless, good Wi-Fi, and so forth.

From there, it involves various systems or “subsystems” that connect to a home network as part of a smart home. Think audio, video, lighting, motorized shades, climate control, security and surveillance, access control, and more everything that would go into a smart home design.

At System 7, our big focus is on lighting controls and motorized shading. The Boston Shade Company is a division of System 7, and it is part of this merger with Wolfers Lighting as well.

GERARD LYNCH: One thing that makes us different is we focus on technology design for its own sake. In other words, the design is not just a vehicle to create a product sale. The design stands on its own. Our design philosophy is straightforward: we design systems that are the most simple, reliable, and aesthetically pleasing. I think that’s important because it’s so much more than simply looking at systems in terms of bits and bytes and watts and amps.

After that, every system we design has a digital infrastructure to it a network backbone, if you will that pulls it all together. We design the digital infrastructure so that it’s technology agnostic. You can run an Elan system or a Savant system on it. Or you could use Apple HomeKit or Amazon Alexa to control your home. You could even run an older, proprietary system on it if you wanted to.  When we do a design, it doesn’t beget a particular product sale that we’re tied to; our designs support any open-standards based technology. We strive to create designs that can stand the test of time.

Going back to the first design we did in 2003 (which predates everything from the smartphone to Apple TV to Blu-ray), it has stood the test of time. We continue to maintain that house today, and we’ve had no problem adapting the technology as it’s changed over the last 14 years.

How do you stay ahead of the curve?

GERARD LYNCH: We have a diverse team everyone from architects to audio-video aficionados, and computer networking people. We collaborate and stay on top of trends and new technologies and decide which ones fit best. The ones that we’re looking for are always easy to find. They’re open standards based and they are simple and reliable. We shy away from proprietary products. The market trend in the last 15 years has been away from proprietary and towards open standards based products. Open standards is the future. As long as we stay true to that, we’ll be embracing technologies that will be here for the long term.

If I’m a homeowner thinking about home technology systems, including items like motorized shading and lighting controls, what do I need to keep in mind from a budgetary standpoint? Does it change if I’m retrofitting an existing home as opposed to new construction?

GERARD LYNCH: Budget is certainly a design criterion because you can spend a little or a lot on the technology portion of the home.

If you’re retrofitting and you already live in the home, you’ll need to rely more on wireless technologies and low-impact stuff that won’t cause you to tear your house apart to install. The focus then is finding strategies that fit that particular environment.

In a new construction world, we encourage people to get involved with us as soon as they have their design team in place (think builder, architect, interior designer, and so forth).

As you’re designing the house and thinking about plumbing, HVAC, floor plans, etcetera, you’ll want to have a technology designer take part in those discussions and plans. Good technology designers will take the time to understand what you want, the costs involved, and how to integrate it with the entire project that you’re pulling together.

Does System 7 charge a consulting fee? How does the pricing work?

GERARD LYNCH: We’ll work with you in the early evaluation stages on a no-cost basis to get to a point where you can understand if you’d like to retain our services and help you build the system we’ve already started designing. The first initial consultations and discussions are free and educational, no sales pressure. Once we have a budgetary scope and design, you can decide whether you want to move forward with our firm.

Let’s talk about your lighting services, including how you envision this service area evolving now that you’ve merged with Wolfers Lighting.

Couple that growth in lighting controls with the transition from incandescent to LED, and you have a whole new world of complexity. People are still learning about LEDs, specifically the many different ways LEDs can dim. Some dim down to 10% or 5% or 1%. You can change color temperature. You can start at one color temperature and dim to another. You can even change color itself with what we call an RGBW light, which is red, green, blue, and white.

Many fixtures can now support these different variables, which makes the act of controlling the fixtures much more complex. When you’re putting a system together of any size, it’s essential to have great continuity and compatibility between the fixtures and the controls.

And there’s no one else out there who is doing it in quite the same way as us.

If someone reading this article decides they want to work with Wolfers Lighting and System 7 for their lighting controls, motorized shades, and more, what should they do next?

GERARD LYNCH: Our companies are coming together very quickly. At this point, anyone should be able to walk into a Wolfers showroom and ask about lighting controls and systems integration. We can connect the dots behind the scenes and get them the information they need.

Over time, we’re going to be adding shading and technology specialists and displays to each of the lighting showrooms. Same thing if someone calls System 7 or walks into The Boston Shade Company. We can definitely bring the right team of people together, no matter how the customer finds us. If they call Boston Shade, if they call System 7, or if they call Wolfers, behind the scenes we’re coordinating the resources depending on what the customer needs for his or her project.

Speaking of The Boston Shade Company, we’re going to have you come back next month to give us the low-down on motorized shades.